After some years, Hans Dieter and his wife Jutta had had enough of artificial fertilizers and sprays. "If nothing is earned with conventional agriculture, then at least let’s do something that is fun”, they said, and become organic farmers. That was over 10 years ago. Meanwhile, spelt, oats, buckwheat and caraway for SONNENTOR grow on their fields around Gussenstadt, in Baden-Württemberg. The fact that some harvests are better than others is part of organic farming, but Hans-Dieter manages to consistently deliver top quality caraway. Without fail, he delivers his crop in person, all the way from Germany. He is also a regular at SONNENTOR farming meetings, where he often shares his experiences in the cultivation of caraway and organic lentils. Just like Johannes Gutmann, he loves wearing his traditional leather hosen and braces.

Lentils have a long-standing tradition in Gussenstadt. For centuries, Albdorf was the center of lentil cultivation. Even today, the people of Gussenstadt are jokingly called ‘Leisabeidl’ by their neighbours, because farmers used to go from house to house with their shoulder-sacks to sell their lentil harvest. Due to the comparatively low yield, lentils disappeared from the fields in the middle of the last century, until a man with leather hosen and braces - namely Hans-Dieter – swung the "Leisabeidl" over his shoulder once again.

For those who want to know 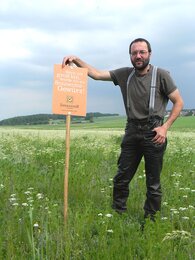 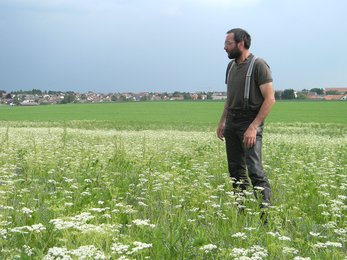