The economic system of good

Community Economy: What is it? 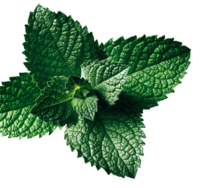 The economy of the common good is an alternative economic system based on the same values ​​which also enable human relationships to be successful. It focuses on principles beyond the financial balance. People its main Focus.

This still young movement originated in Austria. In 2010, the first "energy fields", as the local and decentralised groups of the movement call themselves, were founded there. Austrian publicist and university lecturer Christian Felber had previously defined his ideas for the initiation of an economy of the common good. The idea of ​​an economy for the welfare of the public is not a new one.

Common good instead of profit

Cooperation instead of competition

In this sense, economy of the common good is based on two central statements. Instead of maximising profits, the focus is on the steady increase in public welfare. Instead of competitive thinking, we rely on cooperation. The movement is intended to be effective on political, economic and social levels. Systems and institutions to whom ethically correct action in cooperation with the environment and man is a real concern, are "rewarded". The aims of the movement are to grow on a local level, to increase the common good, to remain consistently liberal as well as to remain grass-roots and to work economically. The economy of the common good has launched a process that radiates globally and aims to achieve a real change in value in our growth-oriented economic system. It is switch of change on the levels of education, politics and business.

The measures of things

The measurement of ethical, so-called "soft" criteria has previously been difficult. Preservation of values ​​in a concrete and comprehensible manner have been almost impossible. With the tool of a public welfare balance sheet, the movement offers a comprehensible option to convert values ​​into figures. It is the heart of the movement.

Based on five value columns, it transfers relationships to the economic market. Business operators are rewarded for their appreciative conduct. Human dignity, solidarity, environmental sustainability, social justice, democratic participation and transparency form the five pillars with which the entrepreneurial success can be measured in a new and "different" way than before. For the financial balance is not the right tool to make statements about these "soft" criteria. The financial balance is, of course, retained by the company, but it is only a means-purpose tool. The purpose of the company or the institution is now clearly to maximise the public welfare. These and many other points are measured by means of a total of 17 indicators which are assigned to the five values ​​and enable a clear assessment. The aim is to make an accurate and consistent assessment of where the company is heading in terms of their common good journey. The public welfare balance is similar to the financial balance. Instead of financial auditors, common good auditors, an external body, review the balance sheet prepared by the company, and formulate a two-year common good certificate.