Everything started with an idea from Johannes Gutmann in the year 1988. The rest of it is history. In the meantime SONNENTOR is one of the most successful Austrian companies. Although the clocks are ticking differently. 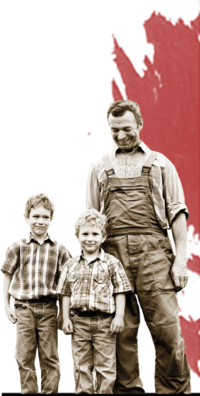 Taking over the Gutmann farm was out of the question for Johannes. He wanted to take new paths that would benefit not only him but also the region, but especially the farmers who fought for economic survival. Many changed their farms to monocultures, because that was the done thing at the time. Johannes knew that there must be another way. Above all, he was sorry for the splendid herbs that grew in the fields that were plucked and thrown away.

Organic right from the start.

Johannes was already a passionate organic-advocate even before when the word organic existed. In the 1980s, there was not much thought given to food - where it came from, what was in it and how it was grown.  Johannes, however, had a feeling that organic farming is the best path for health, the environment and our future. And so, he had an inspiring idea.

An idea that was not received with open arms or enthusiasm: Distributing regional organic products under a traditional Waldviertel symbol - the sun with its 24 rays. His idea was ridiculed back in 1988. But this didn’t deter Johannes.  As a one-man company, the then 23-year-old, started to travel from farmer’s market to farmer’s market, selling his herbs. Soon, he became well known, not just because of his organic products which were a success, but also because of his traditional leather pants that he had inherited from his family, and round red glasses.

Soon everyone in the region knew me as the character with the leather pants and word of mouth made my small business known and increasingly interesting to others.

Slowly, he won over some farmers for his herb business. Grandma Zach, the Bauer family and Kurt Kainz were the first to believe in Johannes. Today, more than 200 farmers belong to the SONNENTOR Family.

Sonnentor grows - And with us, joy.

Every success is shared success. We have it in abundance. We are consistently growing - beyond ourselves and beyond country boundaries. Who would have thought this possible back in 1988, that the one-man band would grow to become a company with more than 400 employees? Our product range has grown too. It is not just organic herbs any more, but spices, teas, coffees, cocoa and a range of delectable sweet treats - currently our range consist of 900 products! 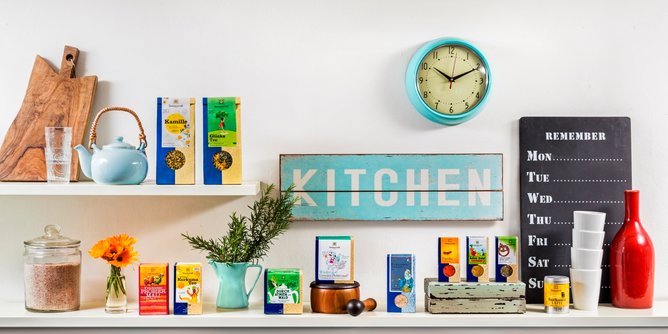 All the best from the region "World".

Although SONNENTOR calls the Waldviertel home, it is also a citizen of the world as the Waldviertel is limited in what it can produce. This is where partners and friends all over the world help. SONNENTOR has a regular exchange with farmers and their families in Romania, Albania, Nicaragua, Tanzania, New Zealand, China, Spain and Kosovo. We know each other and appreciate mutual trust and "fair trade".

Yes, we are different.

The principle "live and let live".

Johannes Gutmann has become a successful business man, but he has hardly changed. He still wears his round red glasses, his old leather pants and he sticks to his principles. That is why he does not drive a Porsche, but bikes ke to work.

When it comes to economic success, we find that it should be shared, and not just by a few, like a CEO or shareholders. That is why we practise common good economy.

Gutmann is not a boss like many others, and SONNENTOR is not a company like any other company that is concerned with profit and profit maximization and employees are only there to do their job. Sometimes our stubbornness can be a good thing as we see things a bit differently. For example, when it comes to humans and nature and their coexistence.

Live and let live, mutual respect and appreciation, fruitful cooperation: that is our philosophy.

We cannot change the whole world, but we are happy if we can do our bit. 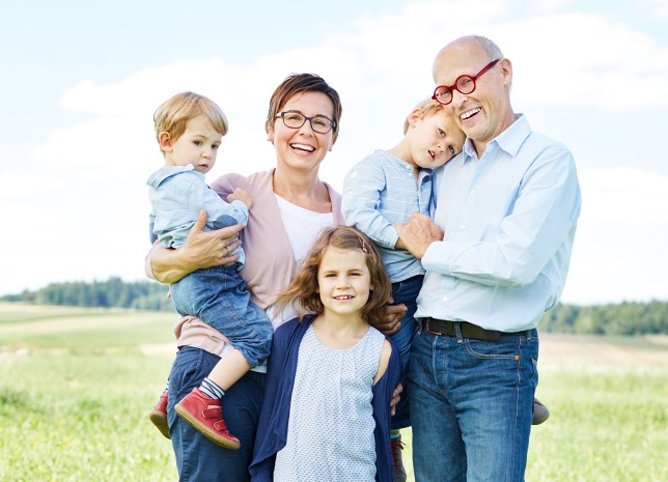 Who wants more? Here it comes!